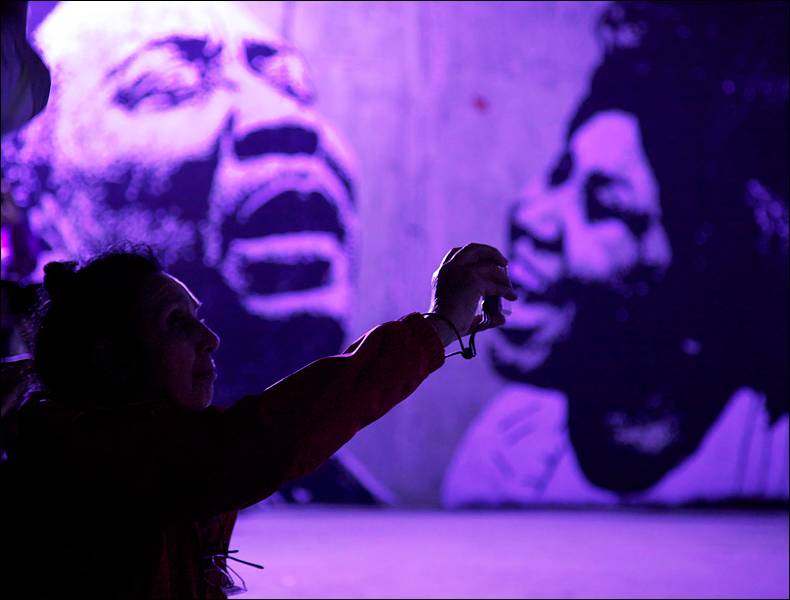 One night a year, from dawn to dusk, the Nuit Blanche (“Sleepless Night”) transforms Paris. There’s always a theme and routes to follow – all in different neighbourhoods. “Official” installations are surrounded by less official ones. There’s absolutely no way anyone could see it all.

We went for the Open Museum of Modern Street Art. Despite a plunging thermometer, we also managed to finish t! Getting there, we passed the Nuit Noire – William Daniels’ photos from the Central African Republic. These were accompanied by the sound project of Mr. Nô. 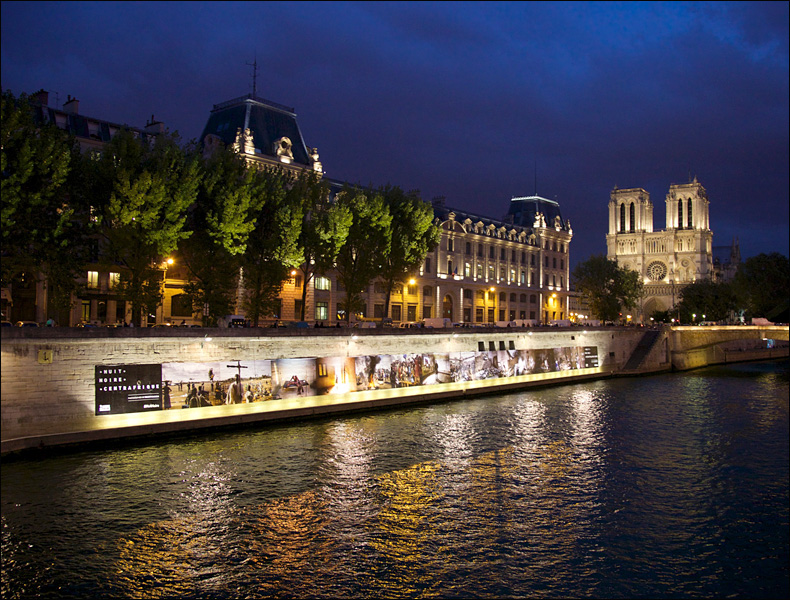 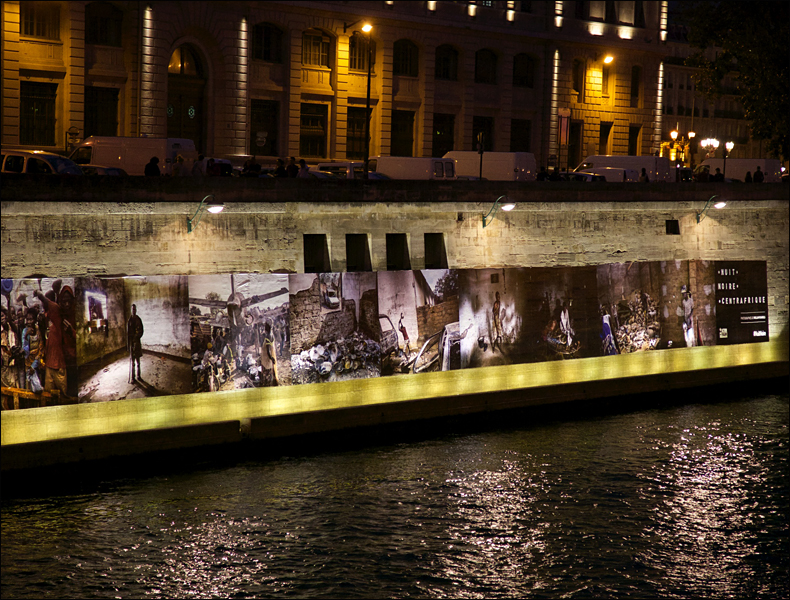 The Open Museum parcours began with a piece from an artist who is 87. Famous since the Sixties, Jacques Villeglé replaces letters with his signs. Using a thought from Edgar Allan Poe, he set the evening’s tone (“To be astonished is a pleasure”). 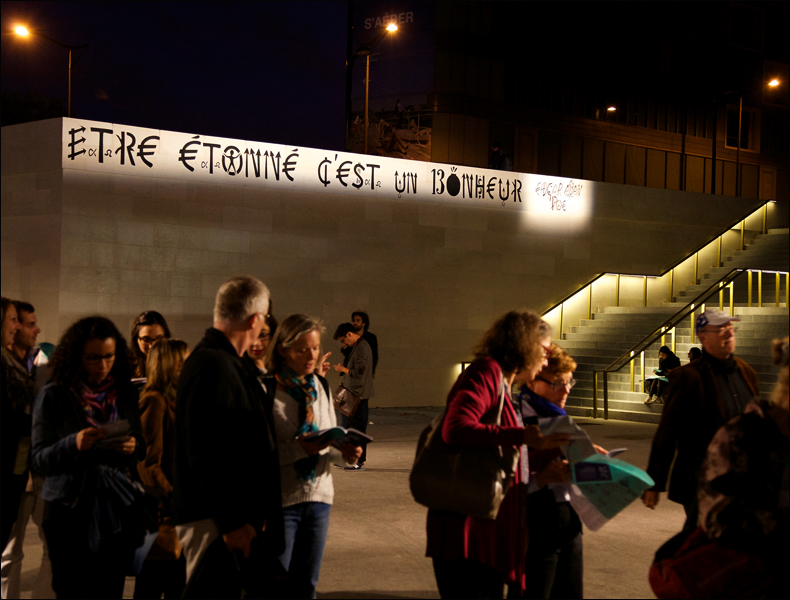 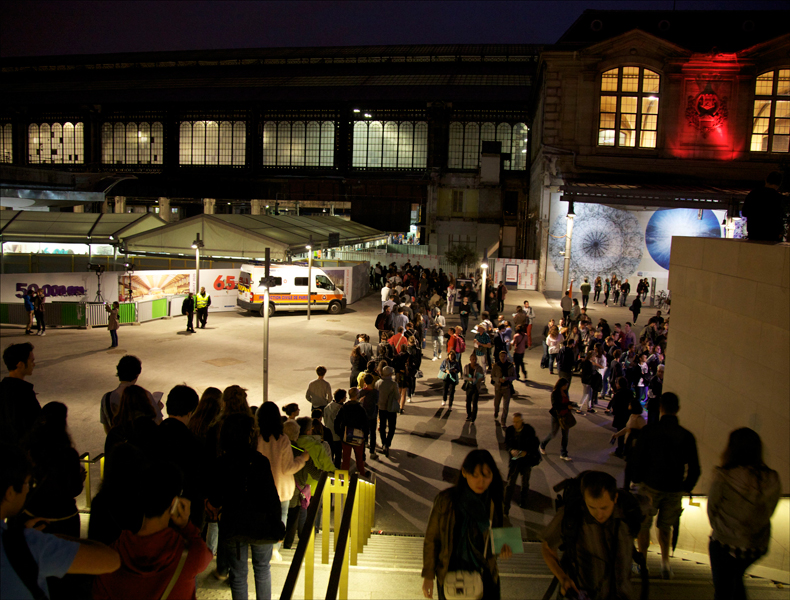 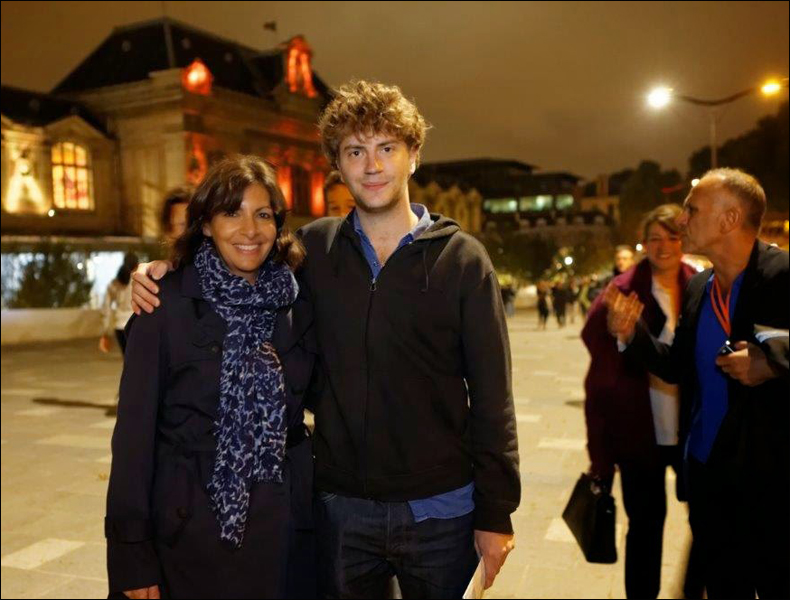 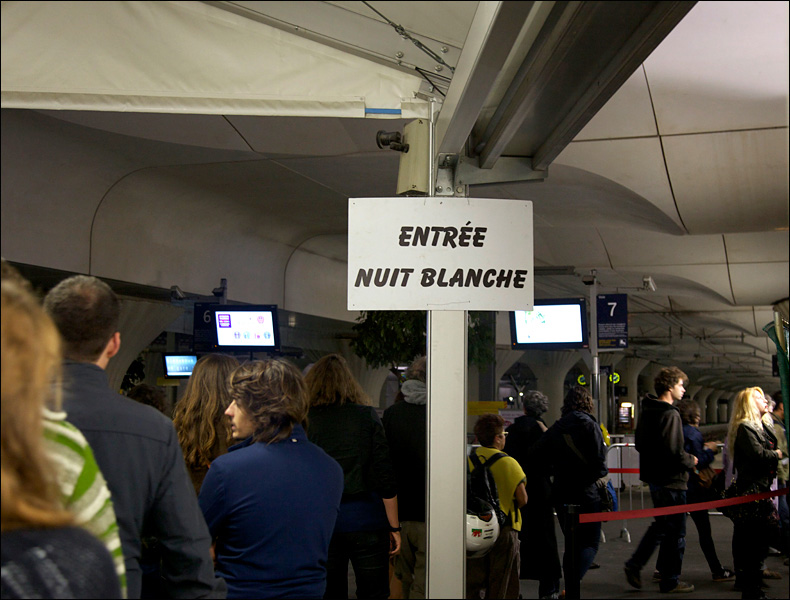 Things really got going inside the Gare d’Austerlitz. Much of this old train station is currently closed for renovation. But the piece Spaniard Pablo Valbuena created in the site was stunning. It also let visitors compare the new and old architectures. 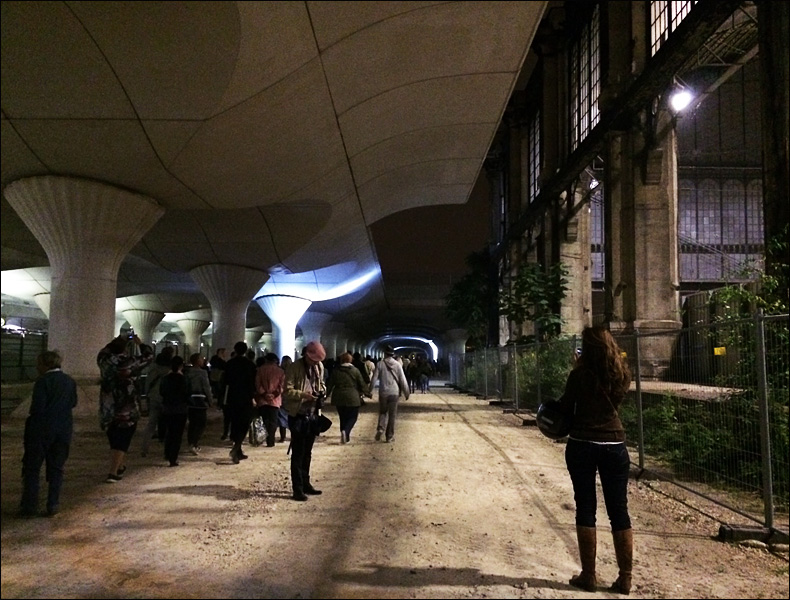 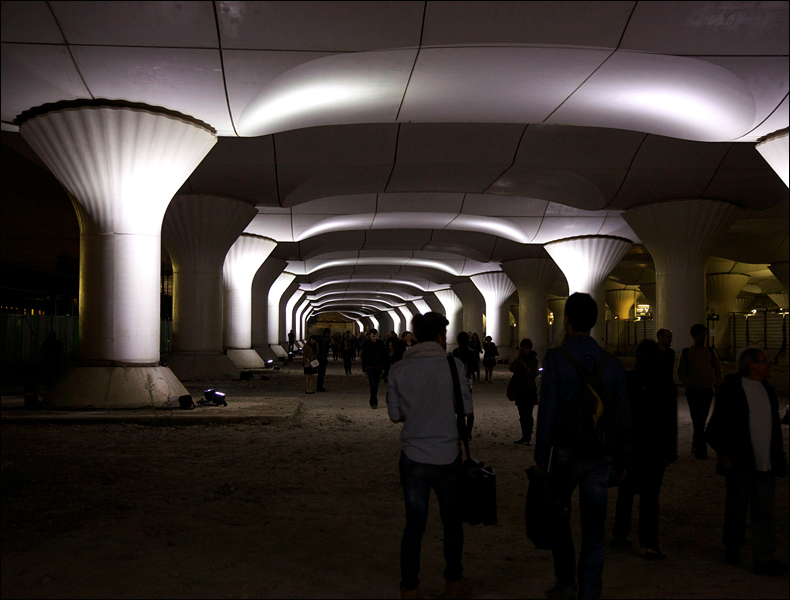 Click in the centre of the image below for a video:

The Mayor of the 13th arrondisement, Jerôme Coumet, welcomes street artists from everywhere. He’s famous for it – and more power to him.

For the Nuit Blanche, his quartier was a perfect choice. The night attracts huge crowds which, despite the queues, is fun. Sharing the explorations, oh-la-la-s and critiques feels special. 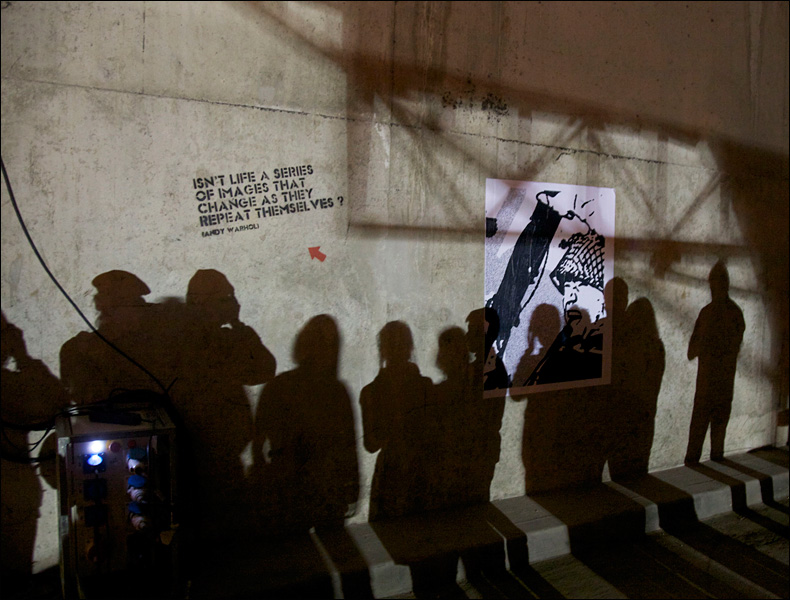 Seeing normally forbidden spaces is a big part of the treat. This time, it was the Halle Freyssinet: a massive, deserted warehouse. For one night it became (inside and out) a gallery. Every concrete corner outside it overflowed with spraycan art. 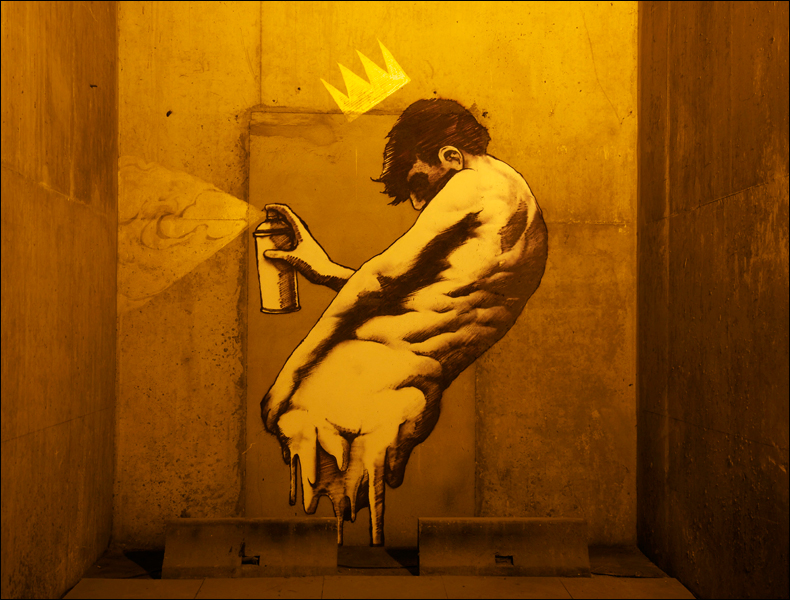 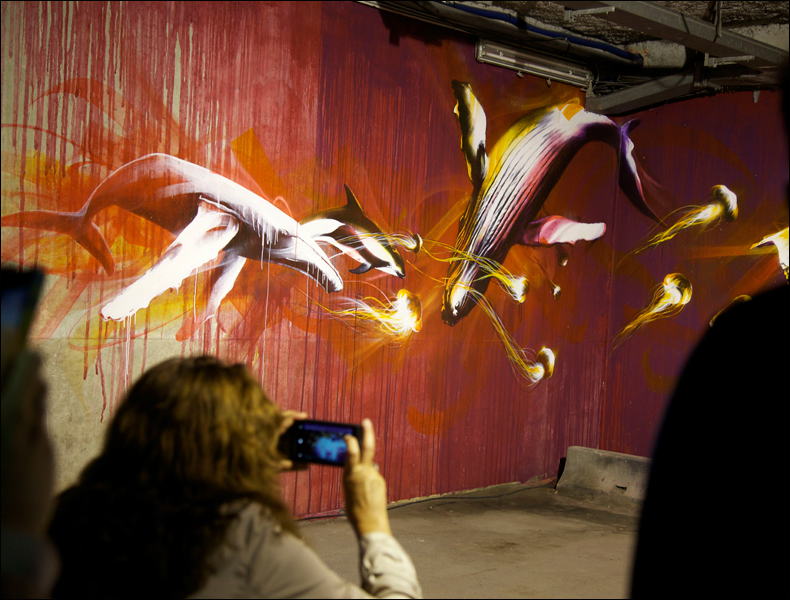 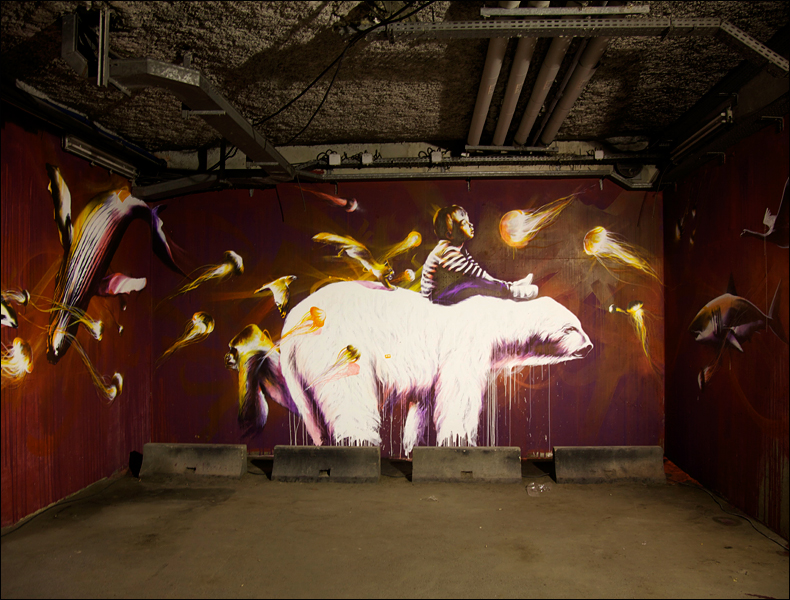 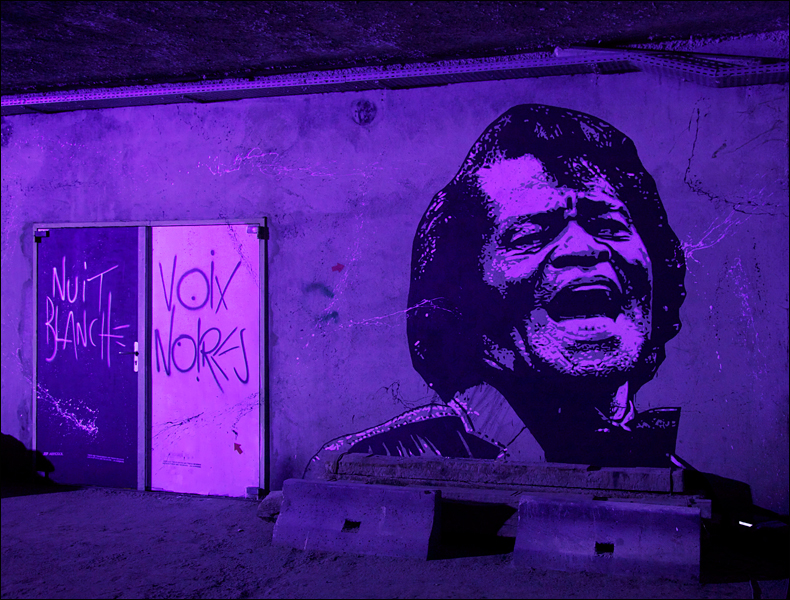 The Godfather outside the Halle Freyssinet; pic: Steve Sampson 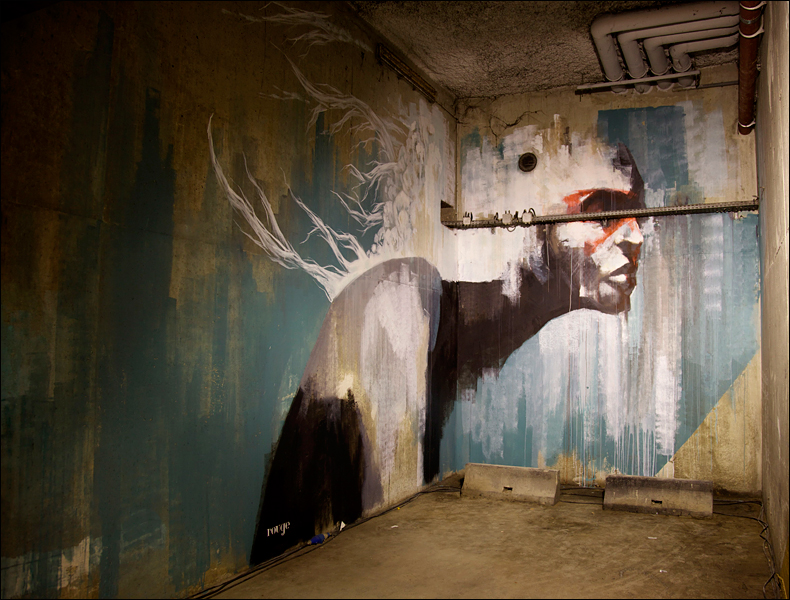 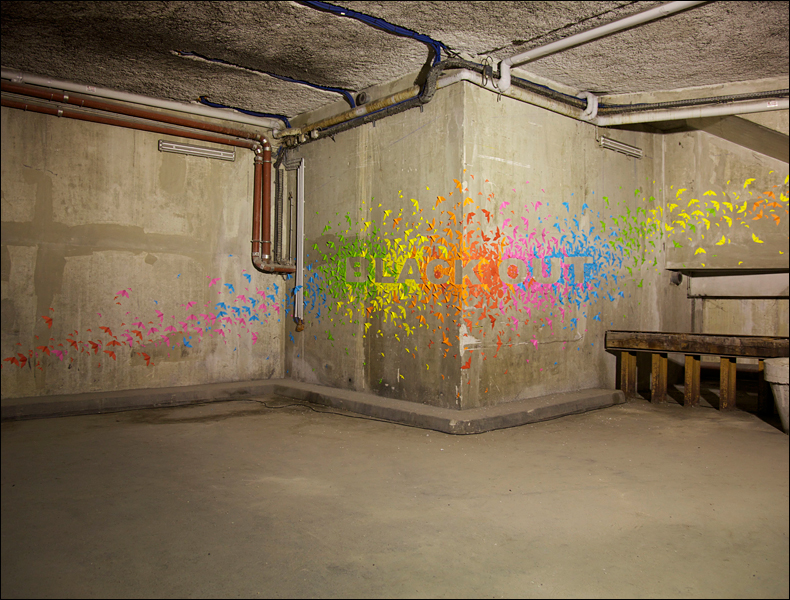 Outside the Halle Freyssinet (made with origami doves); pic: Steve Sampson

• There was so much to see, I’ve made it into two posts. So, upcoming: the inside of Halle Freyssinet, the eastern Seine-side and a deserted 1850s train depot.